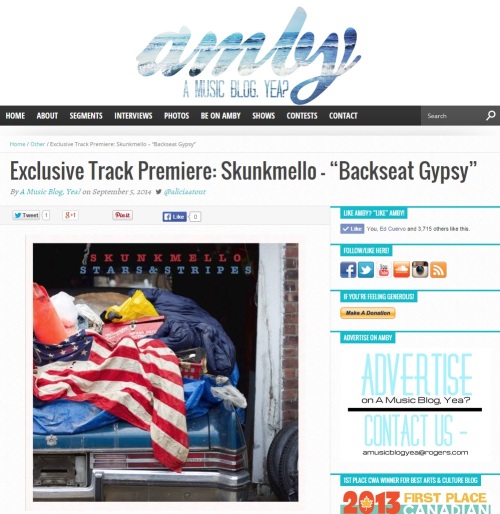 “Back in July of last year, we met New York rock and roll blues group Skunkmello. The trio (Matt Bartlett, Ed Cuervo, and Jono Ori) had released two EPs — Whiskey & Oatmeal and Lowlife Dreams — and are soon to release their new album Stars & Stripes (out digitally September 16th)! Taken from the forthcoming release, we’re delighted to share Skunkmello’s single Backseat Gypsy. Listen to the track below, and catch the band while on their Fall 2014 tour or at their official NYC Release Show on October 21st. Trust us, we know they can put on a great live show.”

Skunkmello is named one of the must-see artists at this year’s Musikfest! 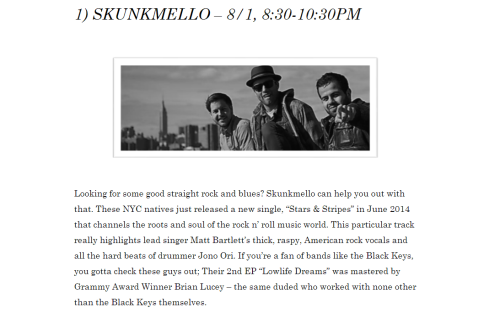 StonesCovers.com features our cover of The Rolling Stones’ “Dead Flowers”

Pretty amazing to see us mentioned as someone to check us out in the absence of one of our favorite bands! 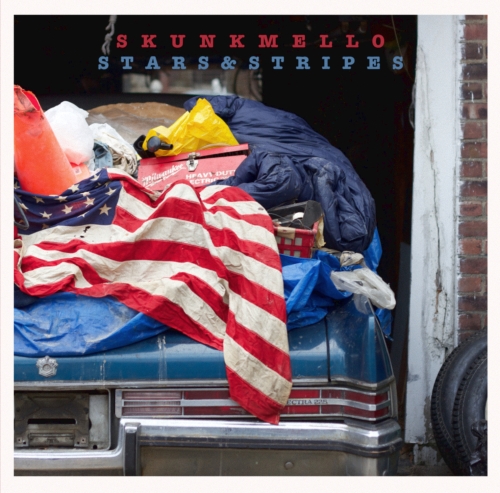 After nearly a year in the studio, we have unveiled the title track “Stars & Stripes” from our forthcoming LP (Out September 16th via New York City’s Moped Music).

Endorsing the single with an exclusive feature is the super-influential Ryan’s Smashing Life, the blog of rock and roll tastemaker and Outlaw Roadshow co-founder Ryan Spaulding.

Produced by the band’s resident audio engineer and bassist Ed Cuervo, “Stars & Stripes” is an uptempo, tongue-in-cheek tribute to Skunkmello’s beloved homeland, with sardonic yet infectious lyrics that examine young America’s aptitude for oblivion in pursuit of a good time – a perfect soundtrack for Fourth of July playlists everywhere.

Jono did an interview with RiffRaf about our band and how we work together, Ed’s questionable eating decisions, and our plans for the future. Check it out…

We played AMBY a Song

While we were doing our gig over at Arlene’s Grocery here in New York City, we played a new one for our Canadian friend Alicia Atout from http://www.amusicblogyea.com.  Check out the video below.

MuzicNotez.com with a bio feature and EP linkage. They’re posting lots of good music every day. Check ’em out. Thanks, friends!

according to revolutionthreesixty.com, we matter

Hey, good looks to the kind folks over at Revolution 360 for giving our Lowlife Dreams EP such a glowing review and for being gracious enough to mention us in the same breath as the greats. Much love. They post great music daily so check ’em out.